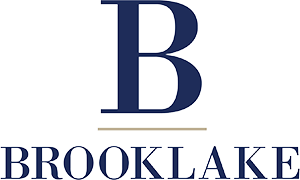 FacebookInstagram
CALL US @ (973) 377-2235
INFO@BROOKLAKECC.com
Nostalgic music will get everyone on your wedding dance floor

Nostalgic music will get everyone on your wedding dance floor.

One of the best ballrooms in New Jersey

Brooklake’s dazzling ballroom features an oversized dance floor. You and up to 350 of your guests can dance the night away. Choosing a wedding playlist that pleases your entire guest list is tough. When it comes to choosing the music for your wedding, much thought is placed into decisions for the first dance, mother-son dance, father-daughter dance, and even the entire wedding reception playlist.

There are so many ages and tastes to attend to. Your New Jersey DJ or band can certainly help. Think about what songs are appropriate for your groups. It’s usually a good idea to play older music first and leave the club jams until later. No matter what, you can’t go wrong with including classic gems from the 1940s and 50s! 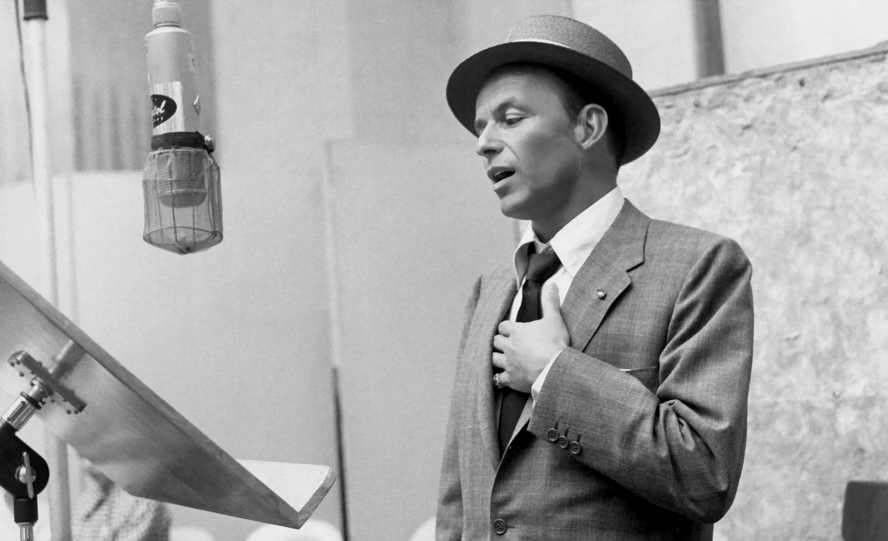 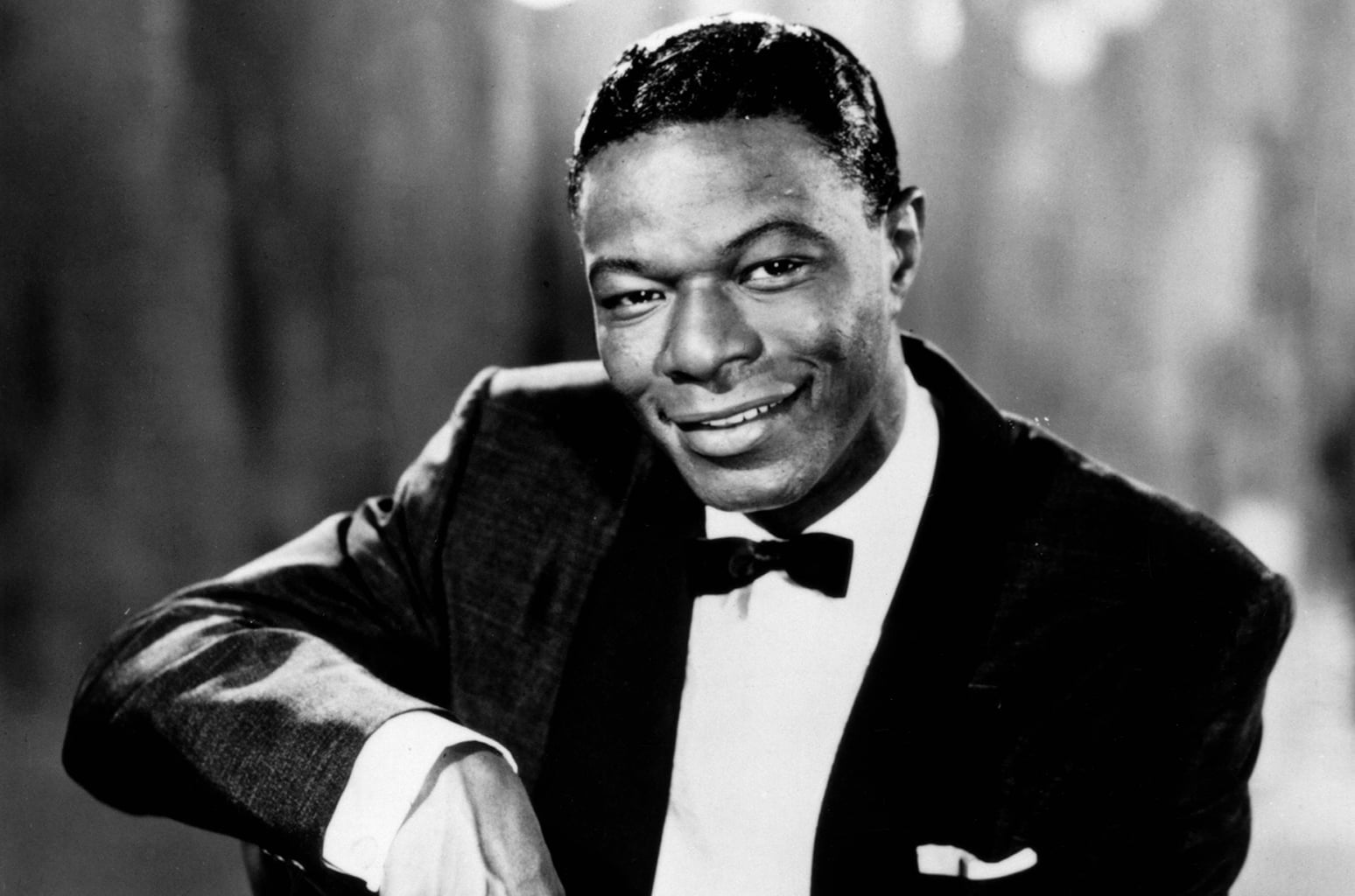 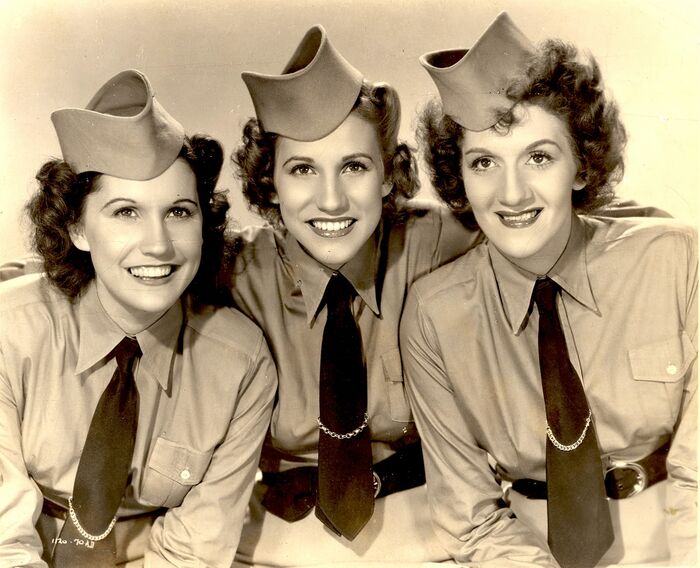 Music of the greatest generation

Much of the music of the 1940s was upbeat and patriotic. Dancing was huge in the 40s, so any song you could dance to was popular. The major genres of music in the 40s included big band, swing, jazz and patriotic.

Swing songs are a fun way to get people on the dance floor at your wedding reception. There are many types of swing dances including West Coast Swing, East Coast Swing, Shag, Jitterbug, Shim Sham, Jive, and Lindy Hop.

“Boogie Woogie Bugle Boy” was a major hit for The Andrews Sisters and an iconic World War II tune. This song can be considered an early jump blues recording. The song is ranked #6 on Songs of the Century. Bette Midler’s 1972 recording of the song reached the top-ten on the U.S. pop singles chart. 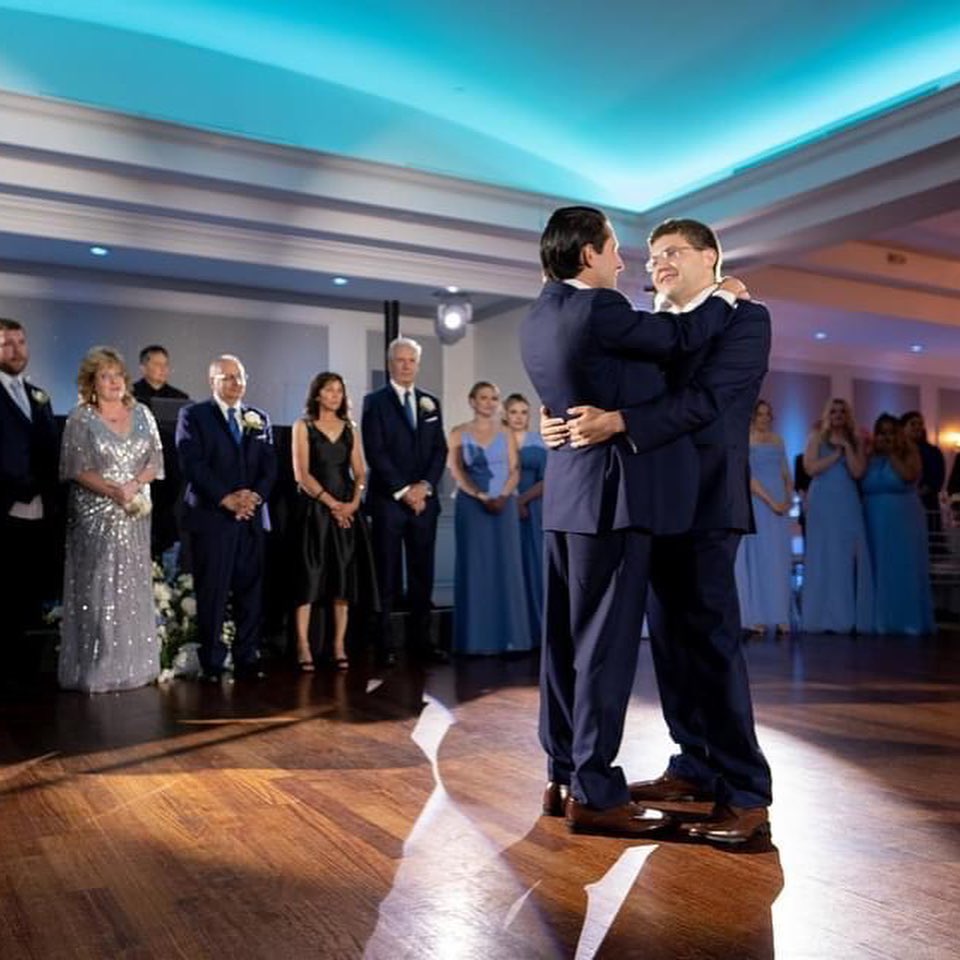 Nothing beats a romantic classic.

What’s a New Jersey wedding without songs from Hoboken’s own blue eyed crooner, Frank Sinatra. It’s practically guaranteed that among any timeless track list, there’ll be a song or two by music legend Frank Sinatra. Brides Magazine compiled a list of the 40 best Frank Sinatra songs to play at your wedding. Beyond Sinatra there are so many romantic standards to choose from. From Ella Fitzgerald to Billie Holiday, here’s a list of more romantic songs from the 1940s.

Listen to the lyrics

When celebrating your love, lyrics resonate more than ever. ‘Embraceable You’ is an ideal first-dance song. The music is by George Gershwin and lyrics by Ira Gershwin. The song was originally written in 1928 for an unpublished operetta named East is West. It was eventually published in 1930 and included in the Broadway musical Girl Crazy. Listen to Ella Fitzgerald’s version of the classic wedding dance song here.

How can the line, ‘My heart grew tipsy in me,’ not put a smile on your face? It’s how you might imagine dancing on your wedding night: “weak in the knees, heart tipsy, and absolutely head over heels in love.”

Another goodie, made popular by Nat King Cole, is “Unforgettable”. Listen here. It’s a lovely wedding tune when two people choose to spend the rest of their lives together. The lyrics are lovely:

Unforgettable, that’s what you are
Unforgettable though near or far
Like a song of love that clings to me
How the thought of you does things to me
Never before has someone been more

Unforgettable in every way
And forever more, that’s how you’ll stay
That’s why, darling, it’s incredible
That someone so unforgettable
Thinks that I am unforgettable too

Unforgettable in every way
And forever more, that’s how you’ll stay
That’s why, darling, it’s incredible
That someone so unforgettable
Thinks that I am unforgettable too” 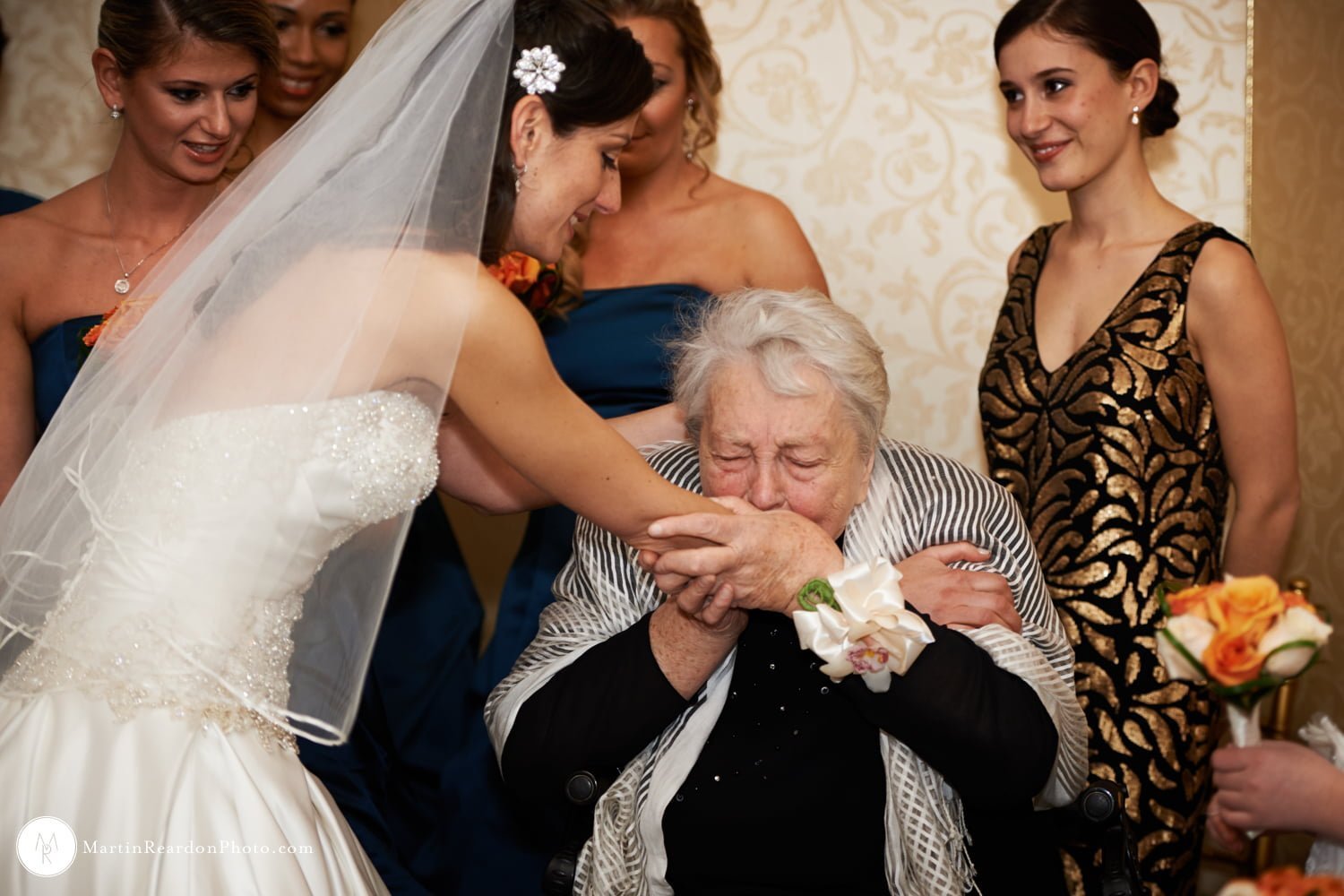 Delight the older generation of your family.

Whether or not your Grandparents get on the dance floor, they will hum or tap their toes to the soundtrack from when they first fell in love. Looking for ideas? Ask them. They’ll no doubt be thrilled to share the songs they love. Plus you may get a story or two, inspired by their musical memories.

Also ask your parents if there are songs they would like to hear at the wedding. Such requests can get many older guests to dance when that song comes up. You may not realize how much of your list is composed of very “young” music, which may leave the older generation just sitting down. 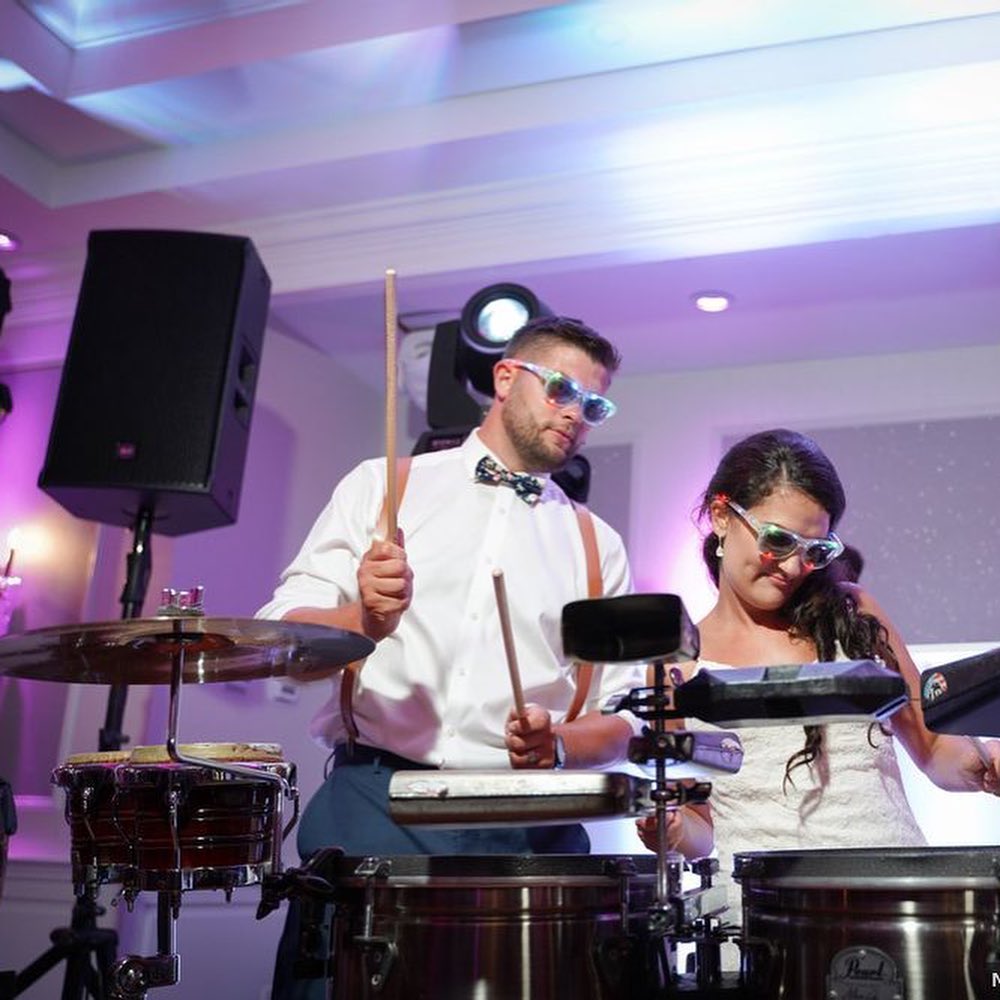 In the end, your wedding day belongs to you. It’s important that your song list is made mostly of songs you really enjoy. Such songs will get you on the dance floor. When you are dancing, your guests will also dance. If you are not dancing, your guests are not as likely to. Just take some time and listen to some music that’s new to you, but treasured by your family.